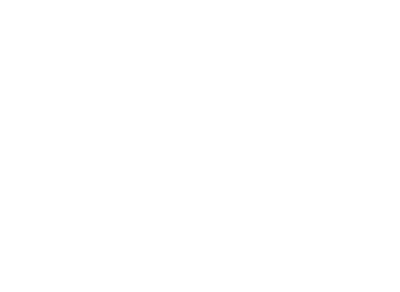 Your Brand Amplified® is a marketing communications firm. We provide custom branding, marketing and public relations support for our clients. We elevate the exposure, awareness, and status of our clients and streamline efforts to gain higher returns on publicity investments, help clients plan campaigns, and maximize external marketing spends.

Our team and our approved vendors encompass diverse expertise across all aspects of branding, marketing and public relations so that we can best serve our client partners. 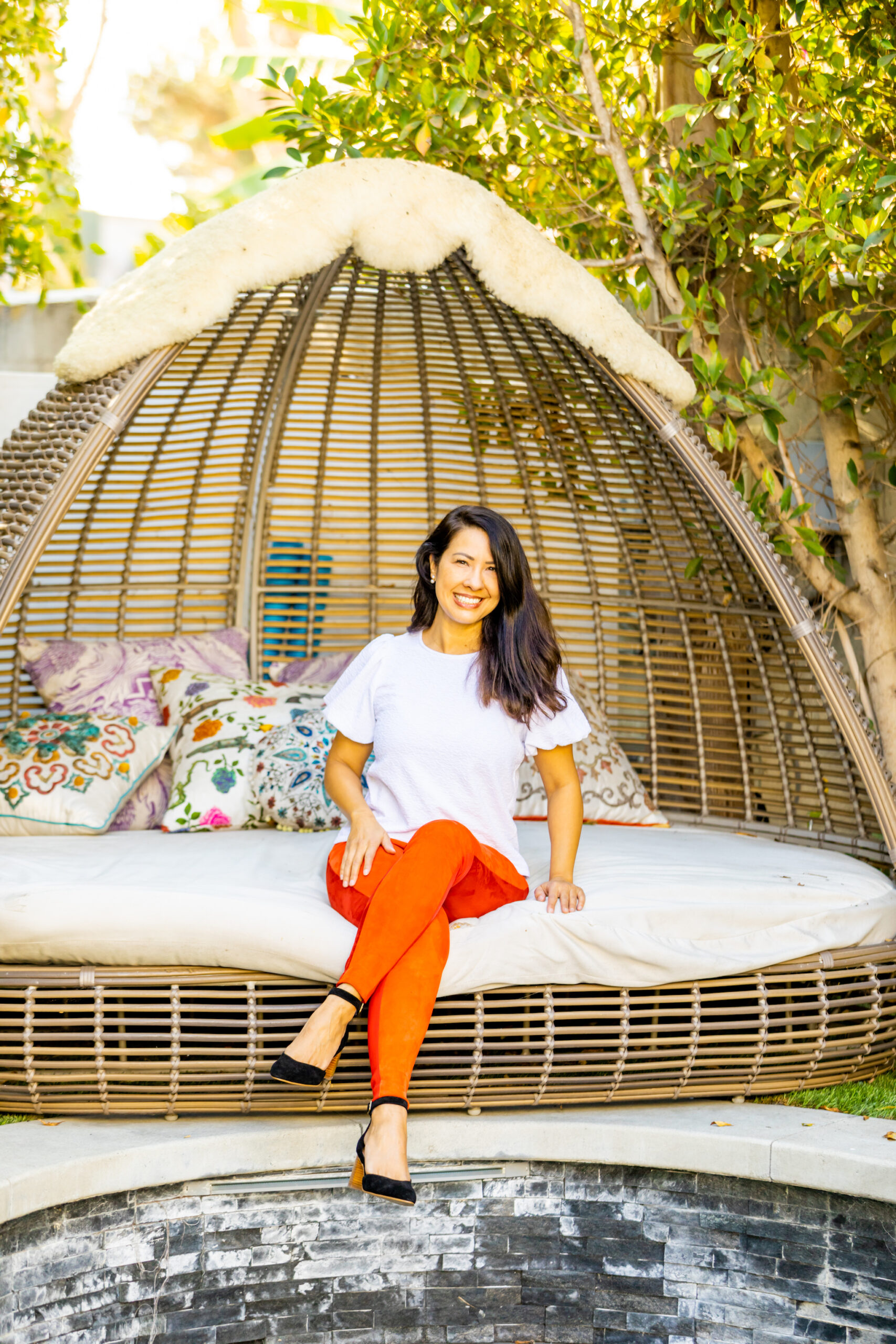 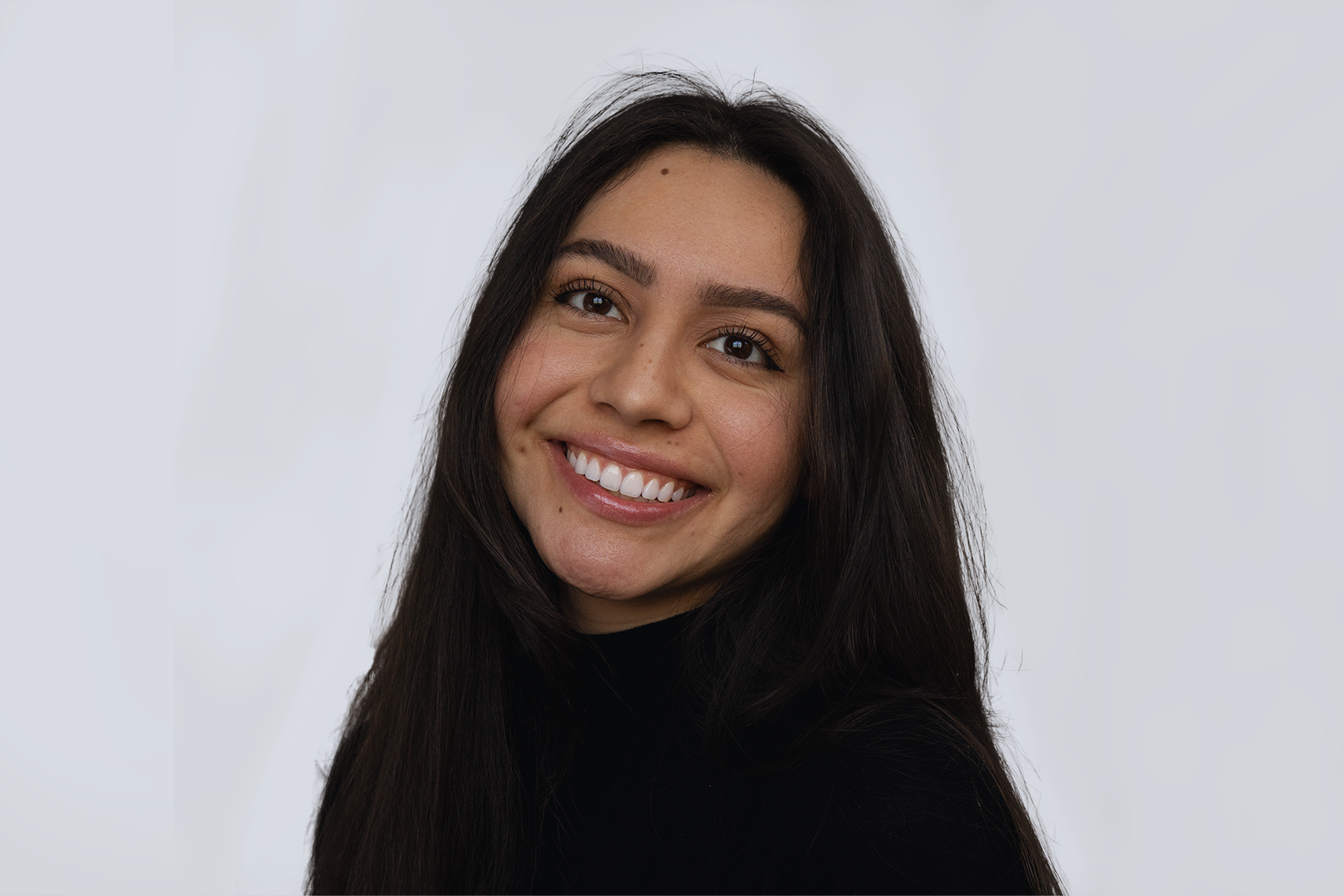 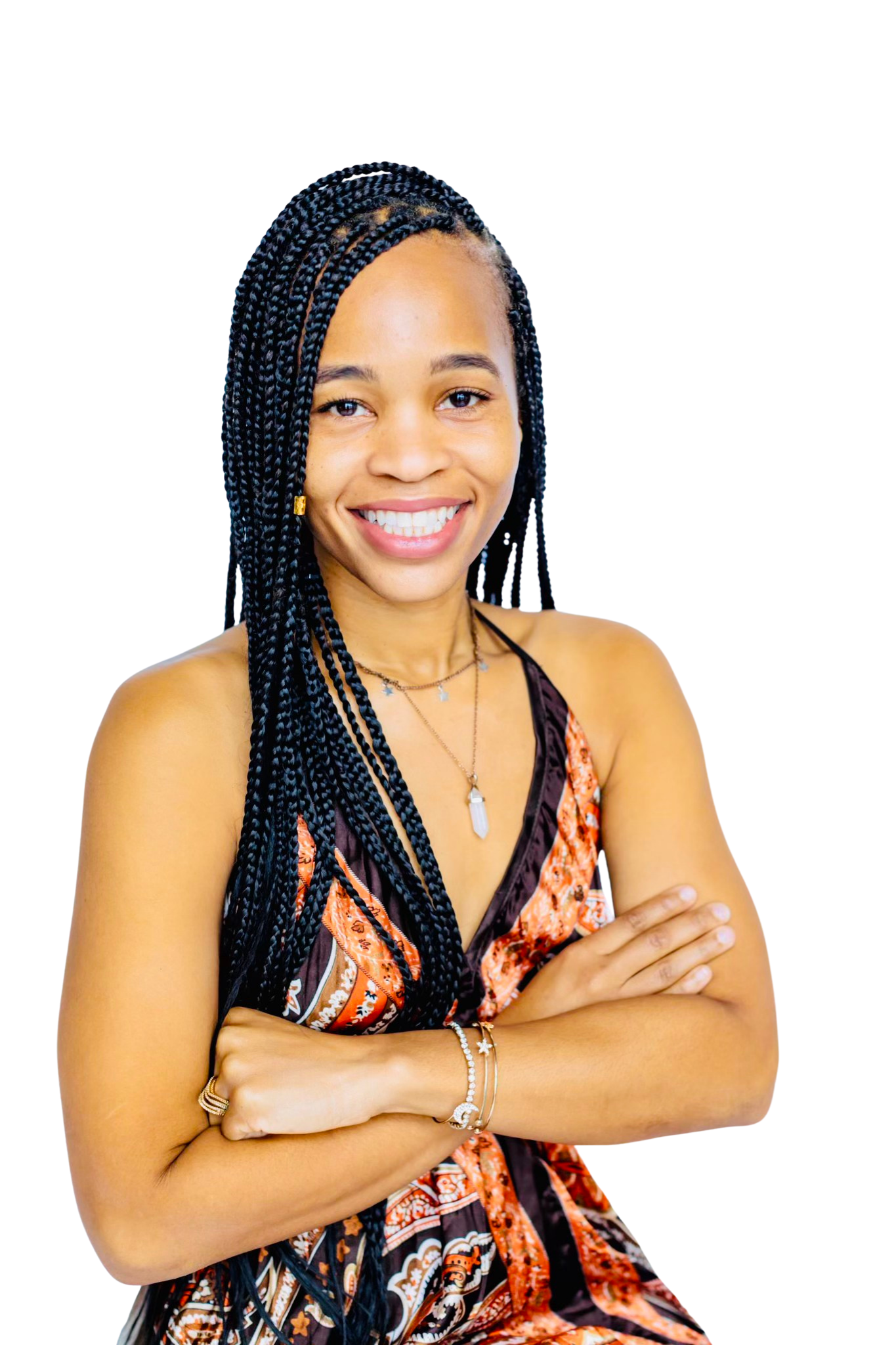 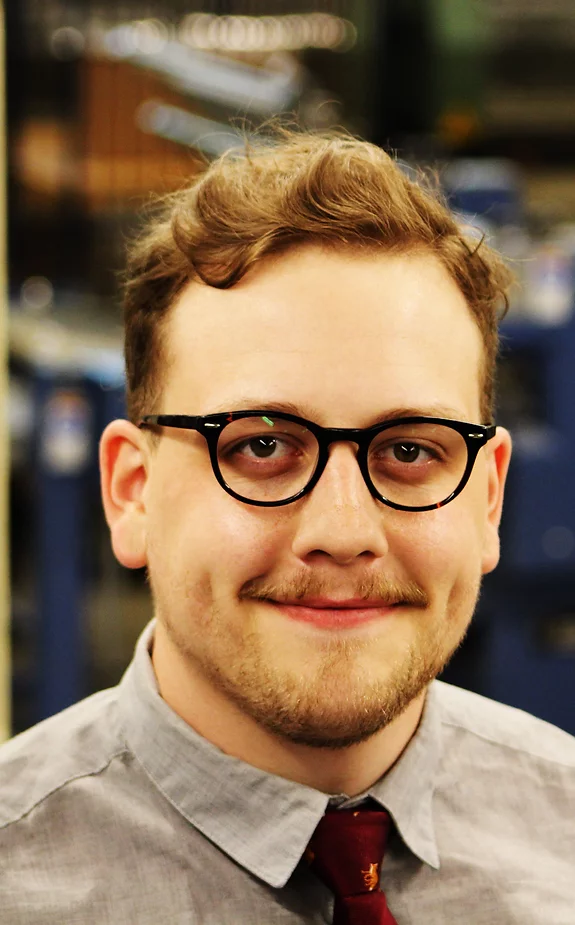 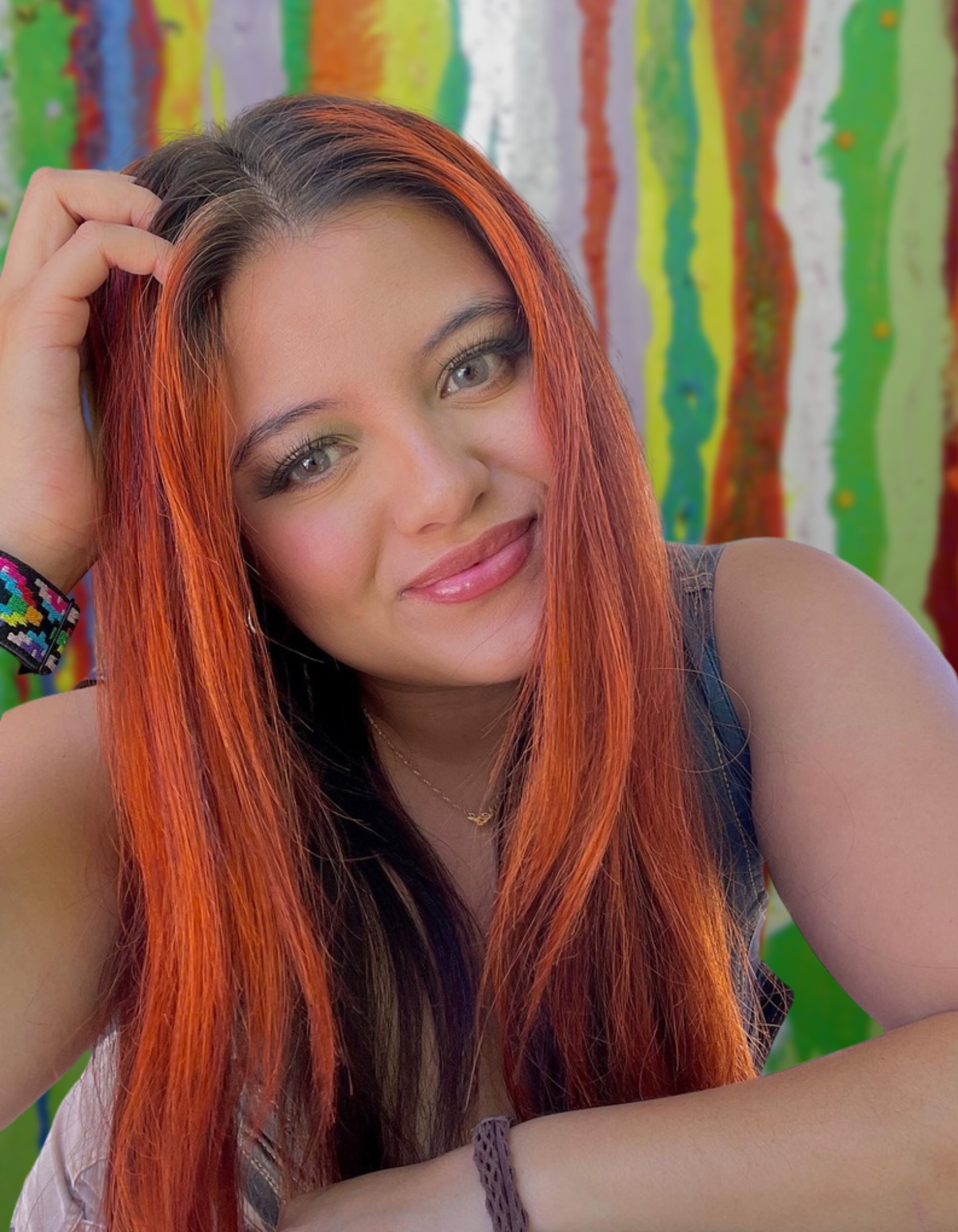 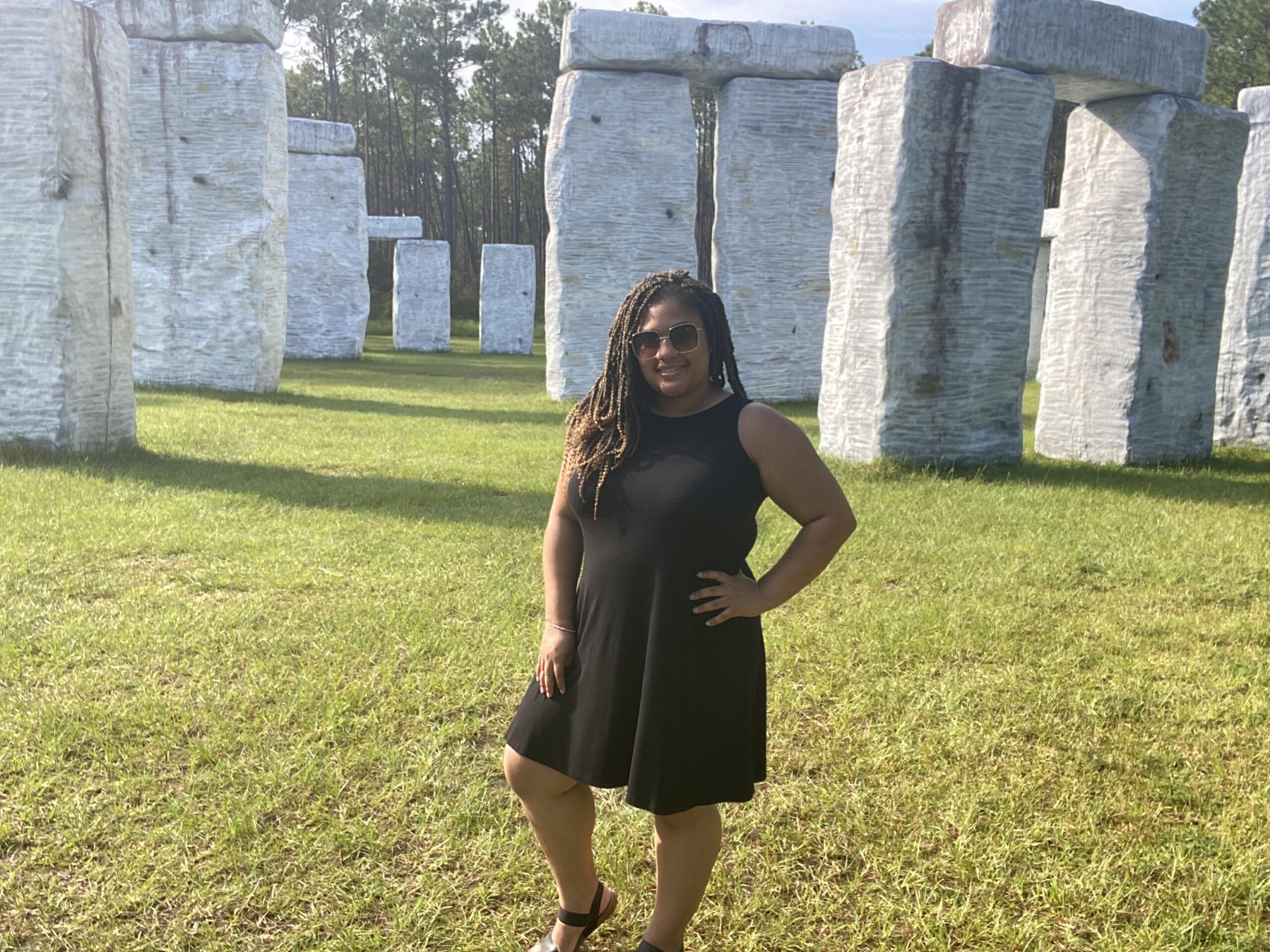 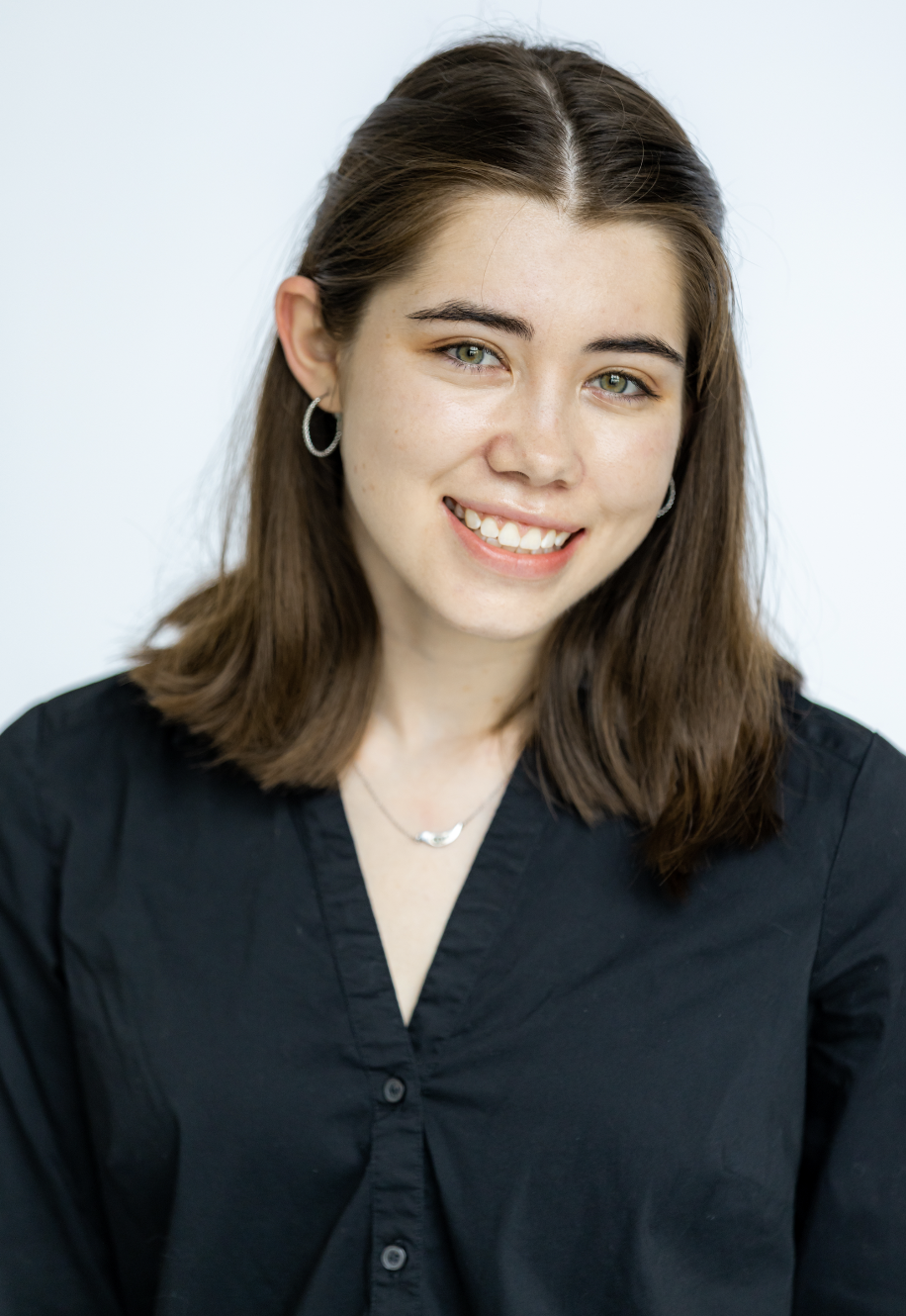 As an organization, we are committed to giving back time, talent and treasure to local, national and global organizations. Here are a few of our favorite causes:

I am writing to recommend the services of Anika Jackson, of Anika PR as a public relations and marketing company. I have been working with Anika PR and her team for the last couple of months and she has never disappointed me. Anika PR and team are detailed and keen to meet all my expectations. I have worked with a PR company in the past, in an effort to grow my Mental Health services and Anika PR is by far one of the best in the business. In the short time working with Anika PR, I was able to book several major campaigns and events that has allowed me to reach people all over the world. I procrastinate a ton and Anika PR has been very patient and understanding and has helped me rid the procrastination bug.
As a public relations and marketing firm, Anika PR contributed to marketing communications by writing press releases for targeted media, helping to set up speaking events, and developing the overall message and marketing materials to help grow my mental health services.
Anika PR has also worked with my social media, helping me to set up my accounts with Twitter, Facebook, and various other social media sites.
I feel confident in recommending Anika PR. Anika PR is very professional and has done amazing in helping me grow as a person as well.
Anika and her team are not only thorough but also easy to work with and always willing to take the time to discuss my concerns and respond to questions.

Anika is vision forward and thinks outside the box. She teaches you how and why to take advantage of marketing opportunities. Anika has an eye for details in branding, marketing and public relations!

The outcome has really helped drive in users to our website. We have had close to 200 new users since using Anika PR. Thank you to you and your team. Although they aren’t purchasing they are signing up. I thank God for your work.
And one pastor in particular was on the list of churches you all sent an email to and he has become such a good friend and Council.

Anika brings brilliant strategy and energetic execution along with exuberant inclusion to every project she approaches. She's straightforward about what she knows and recruits easily to fill gaps in a team. Anika is also particularly smooth and effective in attracting people to a cause, event, or organization. And, she's a terrific networker; if she thinks you should meet someone, I recommend agreeing.

Anika is by far one of the most persistent and thorough PR people I have ever worked with. She is continually seeking new angles and ways to get exposure for her clients. Highly recommended!!!

I have worked with Anika's company since just before the COVID lockdown. I have been impressed that even during these trying times, her company's, and indeed her own efforts, to help market my law firm have not only been successful, but extremely successful. I have found the price for service to be very reasonable, and I like the personal attention that my company gets with the marketing plans and implementation. I would highly recommend utilizing her company for marketing needs both on a local, and national level.

Anika is an Outstanding PR person and her staff has Matchless Talent with a Superior Skill set to adapt to the needs of their clients. I would most definitely recommend her services in the Public Relations space and beyond.

Anika Jackson is an amazing Creative Director, Publicist and PR Rep. She flawlessly handles all aspects of my media relations with expertise, in a timely manner.
Ms. Jackson has been key in bringing my brand to the forefront and continues to make sure that I understand all of the key elements needed at each step of the way for successful experiences.
Whether you are a start-up or a company looking for experienced representation, Anika is the women for the job.

I am over the moon with the number of podcast interviews, magazine articles, and more publicity that I have been able to get since I have engaged Anika PR for services. She is my trusted PR partner for my client needs!

a sampling of our past and current clientele 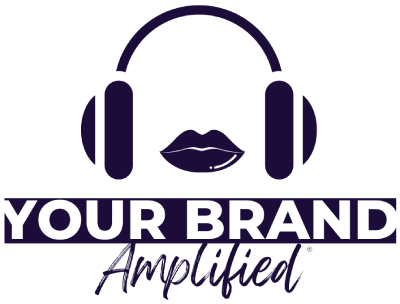 © 2022 Your Brand Amplified. All rights reserved 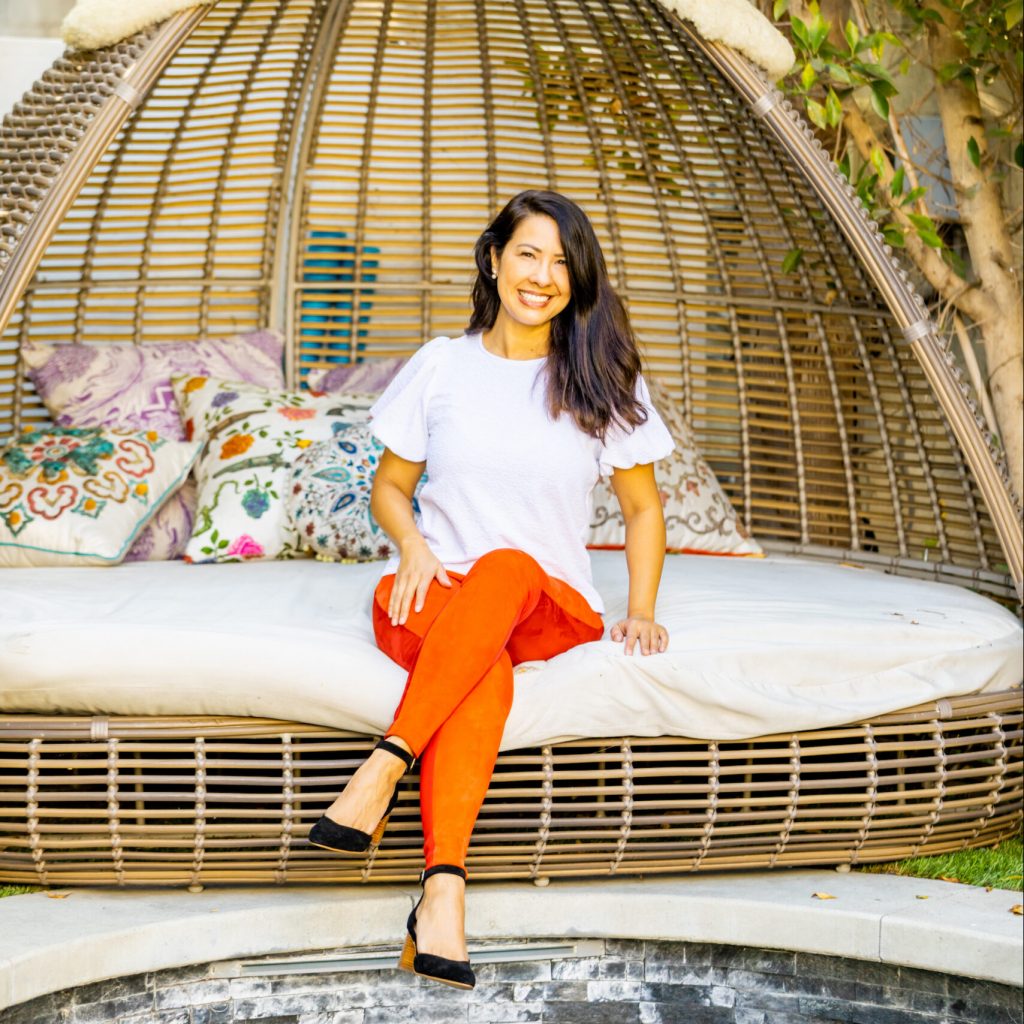 Anika is a mother, community volunteer, philanthropist, marketing and communications strategist and podcast host. As a marcom executive, she has done it all including experiential marketing/ event production, launch marketing, public relations, digital, and influencer throughout her multiple decade career.

She is a member of the Quickbooks Small Business Council, as well as on the Advisory Board for the Women in Leadership program for UCSB’s PaCE; advisor for Junior League of Los Angeles’ 2022 – 2023 President; founding board member of Learn Grow Lead; and Ballona Wetlands Philanthropy Chair for National Charity League’s Pier Chapter.

Marnie is a widely published journalist, media specialist and writing coach. As a longtime sexual assault and women’s health advocate, she specializes in amplifying underrepresented voices through intentional storytelling.

Marnie has ghostwritten TED talks, speeches, essays, op-eds for activists and thought leaders involved in the Me Too movement, environmental issues, sex trafficking, houselessness and the arts. In 2021, she penned over 40 profiles on changemakers, female entrepreneurs, and women moving the needle in STEM and the metaverse at Facebook, Microsoft, Logitech, Amazon, Tile, and Mythical Games. She has led PR campaigns for dozens of clients including Island Records, Sony Music, MOCA (Museum of Contemporary Art, Los Angeles), Carolyn Clark Powers, and RAINN.

As a writing instructor, she’s honed her developmental editing skills as creative nonfiction editor at Angels flight • literary west and as The Nervous Breakdown’s essays editor. She currently teaches for classes for Cleaver Workshops.

Marnie is a 2016 PEN America fellow, recipient of the Jane Geuting Camp fellowship (2017), and Community of Writer’s Emerging Voices fellow (2022). Her personal writing includes essays and articles for TIME, Los Angeles Review of Books, The Washington Post, and many others. She is currently writing two memoirs and adapting a personal story for a limited television series.

Ariel is our developer based in Houston, Texas. She is creative, has an eye for detail, and is always looking for new solutions. In her free time, she enjoys photography and playing with her dog Mac. 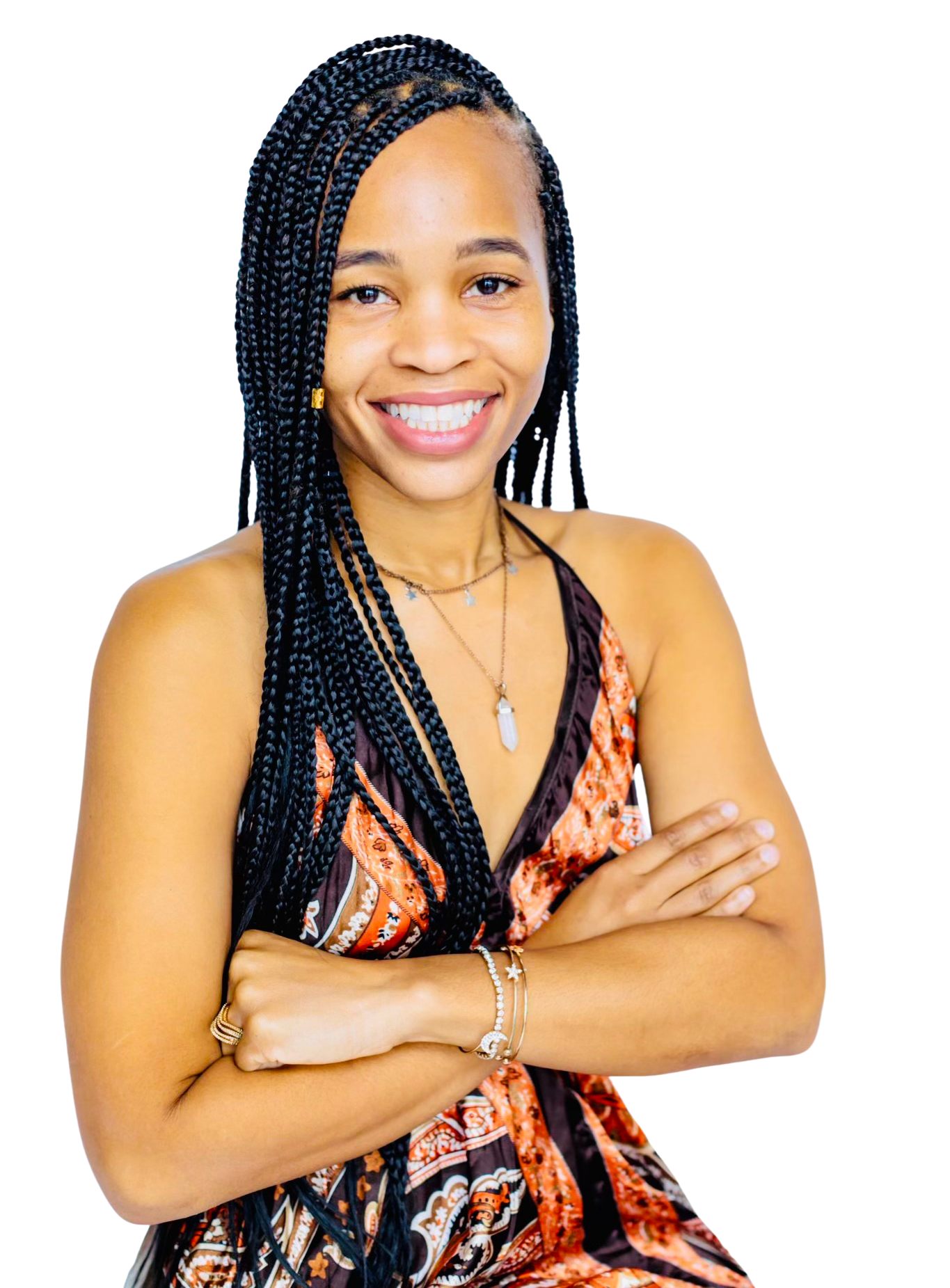 Chell Le is based in Los Angeles, CA. She is very detail oriented and loves creating. She enjoys learning new things and hanging out with her dogs.

Zack is our “go to” Audio Editor and Podcasting Insights guru currently based in Bakersfield, CA. He has previously worked as both a Quality Control Coordinator and Competitive Intelligence Analyst with one of the top advertising agencies in the podcasting space. He is a professional content producer passionate about audio and video editing, voice over work, as well as taking any project from conception to completion. In his free time, he enjoys stand-up comedy, comedy podcasts, video games, a plethora of movies, building computers and gaining a better understanding of technology, spending time with his dog, and continuing to grow creatively as a human being.

Oriana is a Latinx communications specialist and problem solver with an eye for design. She graduated in 2019 with a B.A. in Communications and French and an M.A. in Communication Management in 2020 from the University of Southern California. Her expertise lies in branding and social media marketing but, more importantly, she is passionate about representation and inclusion in the media landscape. She advocates that everybody should be able to engage with stories that resonate with them and with which they can identify. Oriana has put on many different hats ranging from PR, Marketing, Branding, and Account Management. She believes in being as well-rounded as possible to provide 360-degree thinking when solving any problem.

Imani is based in New Jersey and a proud graduate of Rutgers University, where she studied Linguistics and Spanish. She received her Master of Education in Higher Education Administration from Tiffin University, and is currently working towards her MBA at the University of North Alabama, with an expected graduation date of May 2023.

In addition to working in marketing and PR, Imani also works with first generation, low-income college students, assisting them in career development. However, outside of work, you can find her painting, planning for her next trip, or working on her golf swing.

Emma is a digital marketing strategist and operations manager based in Santa Cruz, California. A digital native, Emma specializes in designing powerful brand identities and developing community-focused marketing strategies for the digital age. She has worked with clients in a wide variety of industries (e.g. beauty, law, education, food), and is passionate about utilizing online tools and technologies to optimize workflows, ensuring optimal satisfaction from both our hard-working team members and incredible clients. Emma graduated from the University of California, Santa Cruz, with a degree in Economics. From earning her Girl Scout Gold Award to being the robotics captain at her all-girls high school in Los Angeles, California, Emma is proud to be a part of such an inspirational, woman-powered team!